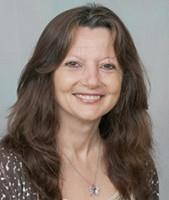 A radiologist certified by veterinary boards on two continents, Dr.Dominique Penninck is a professor of diagnostic imaging at the Cummings School of Veterinary Medicine. Situated at the nexus between the Foster Hospital for Small Animals and the Hospital for Large Animals, the Cummings School's diagnostic imaging section comprises some of the most important diagnostic tools for veterinary cases: radiography (X-Rays), computerized tomography (CT), magnetic resonance imaging (MRI), ultrasound and interventional radiology.

Dr. Penninck was born in Burundi, Africa, and grew up in Belgium. After attending the Universite Catholique du Louvain, Belgium's largest French-speaking university, she went on to earn her veterinary degree and, later, a PhD, at the University of Liege in Brussels. She is a diplomate of both the American College of Veterinary Radiology and the European College of Veterinary Diagnostic Imaging, for which she served as president from 2006-2008. She is a member of the American Institute of Ultrasound in Medicine and the Veterinary Ultrasound Society.

Prior to joining the Tufts faculty in 1989, Dr. Penninck served as a small animal practitioner in Belgium, an ultrasound consultant at the University of Montreal's veterinary school, undertook a radiology residency and later was a lecturer at the University of California at Davis.

Since 1996, Dr. Penninck has written chapters in eight textbooks on various radiological textbooks and served as the editor of the Atlas of Small Animal Ultrasonography (Blackwell, 2008). She is also a prolific publisher of scientific journal articles, and has been invited to speak at imaging conferences in Italy, the Netherlands, Canada, Spain, France, Belgium, Sweden and throughout the United States.
Read More Career Highlights / Publications Research Professional Activities Courses / Teaching Activities