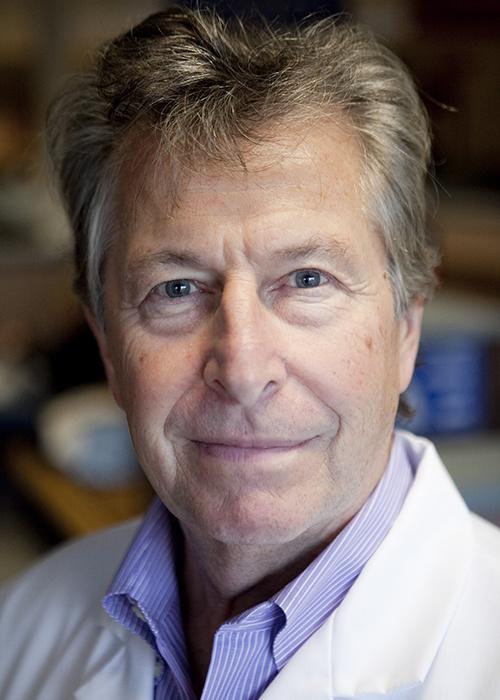 Dr. Dodman is a Diplomate of the American College of Veterinary Behaviorists, and Professor, Section Head and Program Director of the Animal Behavior Department of Clinical Sciences. Dr. Dodman is one of the world’s most noted and celebrated veterinary behaviorists. He grew-up in England and trained to be a vet in Scotland. At the age of 26, he became the youngest veterinary faculty member in Britain. It was at that time that Dr. Dodman began specializing in surgery and anesthesiology. In 1981, Dr. Dodman immigrated to the United States where he became a faculty member of Tufts University School of Veterinary Medicine. Shortly after his arrival, Dr. Dodman became interested in behavioral pharmacology and the field of animal behavior. After spending several years in this area of research, he founded the Animal Behavior Clinic – one of the first of its kind – at Tufts in 1986. He received an additional board certification in animal behavior from the American College of Veterinary Behaviorists. Dr. Dodman began to see clinical cases in 1987 and since 1990, he has devoted all of his time to his specialty practice of animal behavior. Since the mid 1990s, Dr. Dodman has written four acclaimed bestselling books that have received a tremendous amount of national press. His first book, The Dog Who Loved Too Much (Bantam Books, 1995), was an unqualified success selling more than 100,000 copies as did his second book, The Cat Who Cried for Help (Bantam Books, 1997). His third book, Dogs Behaving Badly (Bantam Books, 1999) was again a bestseller while his latest, If Only They Could Speak (W.W. Norton & Co., 2002) was recently released as a trade paperback. Dr. Dodman is internationally recognized and sought after as a leader in his field.

In addition to his four trade books, he has authored two textbooks and more than 100 articles and contributions to scientific books and journals. He appears regularly on radio and television including: 20/20, Oprah, The Today Show, Good Morning America, Dateline, World News with Peter Jennings, Discovery Channel, NOVA, Animal Planet, the BBC and CBC, CNN’s Headline News, Inside Edition, MSNBC, NOVA, NPR’s “Fresh Air” and A&E. He is an ad hoc guest on WBUR’s “Here & Now.” As a former senior editor for PetPlace.com, he is currently a columnist for the American Kennel Club’s quarterly publication, AKC Family Dog, where his column was nominated for 2005 “Column of the Year.” Additionally, he is a Pet Expert for Time, Inc. and also writes a monthly “Expert Advice” column for LIFE magazine that is read by twelve million people. Dr. Dodman is also the editor of Tufts University’s forthcoming Puppies First Steps, which has been sold to Houghton Mifflin (2007). He is a consultant to and official national spokesman for a new line of pet products from Zero Odor LLC for whom he recently completed shooting a 28-minute infomercial that will air up to five times a week on cable television networks beginning the spring of 2006. In addition, Dr Dodman has recently completed a television pilot for a series of his own sponsored by The Humane Society of the United States. Dr. Dodman graduated from Glasgow University Veterinary School in Scotland where he received a BVMS (DVM equivalent). He was a surgical intern at the Glasgow Veterinary School before joining the faculty. He received a Diploma in Veterinary Anesthesia from the Royal College of Veterinary Surgeons, and is board certified by the American College of Veterinary Anesthesiologists and the American College of Veterinary Behaviorists. He is a member of the American Veterinary Medical Association, the Royal College of Veterinary Surgeons, and the American Society for Veterinary Animal Behavior. Dr. Dodman holds ten US patents for behavior modification treatments, including a recent (2002) patent that details a novel treatment for obsessive-compulsive disorder in humans. Early work in the Harvard and Yale University Psychiatry Departments confirms the validity of this novel treatment. Dr. Dodman lives near Tufts University with his wife, Dr. Linda Breitman, a veterinarian who specializes in small animals, and their children.