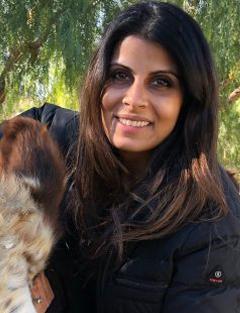 What were you doing before entering the M.S. in Animals and Public Policy (MAPP) program?
Prior to joining MAPP, I focused my time on projects that directly impact farm animals in our supply chain. Whether we look at it from an ethical, environmental or health perspective, animal agriculture is not sustainable. In 2019, I became an Executive Producer for The Game Changers film which has been listed by multiple sources as THE most watched documentary of all time. The impact-film focuses on elite plant-based athletes and the nutritional & health impetus for a plant-based diet. Just prior to COVID, I organized a panel at HBS and Harvard Law School which turned out the be HLS’s largest turnout for a film screening. In the space of animal law, I wrote two research papers for a California based law firm on how the Federal Farm Subsidies & SNAP program are disproportionately favorable to the meat and dairy industry. I also work part-time for a South Asian domestic violence organization in Boston called Saheli. In my past, I was a patent attorney at Nixon Peabody in Boston and prior to that, a licensing associate with Wyeth Pharmaceutical in Cambridge.

What aspects of MAPP led to your decision to join the program?
The recent pandemic and its connection to zoonotic disease is very unsettling. The media and public sources focus on the nexus between the pandemic and wild animals but fail to recognize the impeding threat from farm animals. It is only a matter of time that other outbreaks occur. I recently came across a bunch of research studies that detail the presence of bovine coronavirus which then led me to research the many zoonotic diseases that originally stemmed from farm animals. I felt the urgent need to extend my studies to learn more about policies surrounding animals and ultimately the pathway to effect change.

What are your outside interests?
I enjoy spending time with my husband and 4 kids – golf, yoga (I am a registered Yoga teacher). I enjoy reading and grabbing coffee with friends. I also enjoy vegan baking and cooking!

Number of pets? What?
We have one lop-eared bunny named Goji.

I had the privilege of interning with the Animal Law & Policy Program at Harvard Law School. My role in the law clinic component of the program was to assist in a fast-paced lawsuit against the National Park Service for their mismanagement of the starving and dehydrated elk population at Tomales Point, Point Reyes National Seashore. After meeting with veterinarians and wildlife biologists, I drafted expert declarations that were then used to file motions. My role in the policy program was to research India’s dairy industry (the largest in the world) and explore its complicated political, religious, and animal protection aspects. I also drafted a letter of support for an update to MA cage-free legislation. My experience in the MAPP program was critical to not only understanding the issues of my work at Harvard but also to think strategically about how to make the most impact. The combination of the broad overview of animal protection issues I learned in the MAPP program along with my experience at Harvard has equipped me with the animal tool kit I need to head into a career in animal protection.