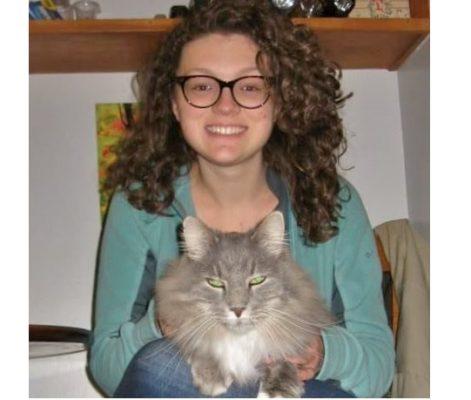 I graduated in 2017 with a B.A. from Saint Mary’s College. I double majored in sociology and environmental studies, the latter of which was a student-designed study programme I submitted to the curriculum committee born of my discontent with existing majors. (The evolution + ecology concentration within the biology department was cool enough, but it lacked an ethic to match its rigor. How would calc II help me navigate our species’s role in the Anthropocene? What did immunology have to do with marking humans as the true invasives? ENVS took a grander systemic view that incorporated food systems, the myth of wilderness, and the tragedy of the commons.) I minored in bio, anthropology, and justice studies.

For the past two years (2017-2019), I worked at a junior-senior high school as an instructional aide in various STEM classes. Rather than jumping right into postgrad studies after graduating, I took a mental health sabbatical for a few months and ultimately decided to take a short-term job I knew I would enjoy. Education was not my chosen path within the framework of college, but I know educating as an activity is enjoyable and fruitful. In fact, for five years of my adolescence I volunteered at the local zoo with the education department. I was a regular attendee of zoo camp ages 9-14 and then “graduated” to helping oversee and execute said camps once I was high school age. As a junior educator and later a docent, I did some classroom animal handling, on-site exhibit interpretation with biofacts, and a sprinkling of keeper work. Anteaters are basically dogs, tamarins are fascinated by hairties, and scrubbing the bottom of an alligator pool is unforgiving work.

Currently I’m caretaker of/ companion to two resident felines: Yvonne Craig and Millard Fillmeower. I often like to joke that I was raised by cats, but my nonhuman acquaintances of childhood were more taxonomically varied than that. No cousins, no siblings, and no proximal neighbors meant that when I wasn’t finding this Highlights issue’s Hidden Pictures or sending Polly Pocket on a picnic, I was catching frogs, training raccoons, naming three-legged opossums, and trying not to get sprayed by a skunk. [Noted failure: 2009. Sorry again to mid-alphabet classmates with lockers near mine.]

I aspire to conduct ecological research on Svalbard, go vegan, expedite climate solutions nationally, and inspire people to live more gently on this planet—to notice and take seriously the smaller, long-presumed-to-be-lesser beings. Buy less. Infringe less. Grant personhood more. Acknowledge oneness more. Explore what it means to be in right relationship with different beings. Culling elephants leaves the survivors with PTSD; easy enough. But did you know that slime moulds are capable of learning?

That’s why I knew I wanted to place myself in the discipline of anthrozoology. Trouble is, it goes by different names and bestows different degrees at different institutions. It’s the geography department at UBristol who muses on the more-than-human, and the English department at Iowa State. Tufts has been on my radar since scouting for undergrad in 2012, and the time has come to join forces with the hidden gem of Massachusetts, as public policy seems a more pragmatic route to take, equipping me to take my knowledge and use it to best effect within existing structures and systems.

Outside interests include minerals, moss, baked goods, sci-fi, and badminton.

My title at the International Fund for Animal Welfare (IFAW) was “disaster policy intern,” though my duties necessarily extended beyond the realm of natural disasters and into the equally messy disasters of policy-making. That disasters became my wheelhouse is a reflection of—like so many other surprises—the summer of COVID-19. IFAW had intended to publish a major white paper in March related to disaster preparedness, but to publish during a pandemic without any mention of disease would be folly. I was thus tasked with patching it up to be topically relevant and inclusive of biomedical disasters. Zoonotic disease fits perfectly within IFAW’s commitment to human and nonhuman mutual well-being. Once we got a handle on the report and shipped it off to the branding committee for photo selection, the campaigns manager capitalized on my familiarity with the landmark environmental law known fondly as NEPA and asked that I write a mini report, compiling all relevant information on the regulatory rollbacks taking effect in September. The US office employees had been flooded with emails regarding upcoming NEPA rollbacks and what they might mean for conservation but hadn’t devoted proper time to synthesizing info, digging for context, or nailing down particulars. In my time with IFAW I also organized Congressional briefings, wrote blogs for IFAW’s website as well as accompanying action alert messaging, developed talking points to persuade stakeholders to support a public policy, and joined NARSC (National Animal Rescue and Sheltering Coalition) calls. My research paper and presentation created for MAPP are divided into three portions to reflect where I spent most of my time while externing: disasters, NEPA regulations, and a forthcoming Senate bill which pertains to pandemics and zoonoses.