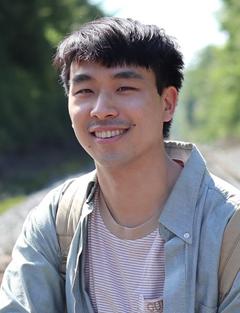 Tim Chan was born and raised in Toronto, Canada and earned his BSc (Hons) in McMaster University where he majored in Biology and Psychology, Neuroscience & Behaviour. There he gained a keen interest in animal biology, evolution and research and naturally decided to pursue a career in veterinary medicine. He then attended the School of Veterinary Medicine at the University of Glasgow in Scotland and graduated in 2020. During his fourth year of vet school, Tim discovered his passion and interest in dermatology. After graduation, he completed a small animal rotating internship at the 404 Veterinary Referral & Emergency Hospital located north of Toronto before moving to Massachusetts to further pursue a career in veterinary dermatology.

During his time off work, Tim enjoys exploring new places to hike, shopping at vintage stores, traveling, and playing video games (if he has the time). When he’s back in Canada, he finds every opportunity to spend time with his nephews, two cats (DSH and Exotic Shorthair) and three dogs (Miniature Poodle and two miniature Aussies).