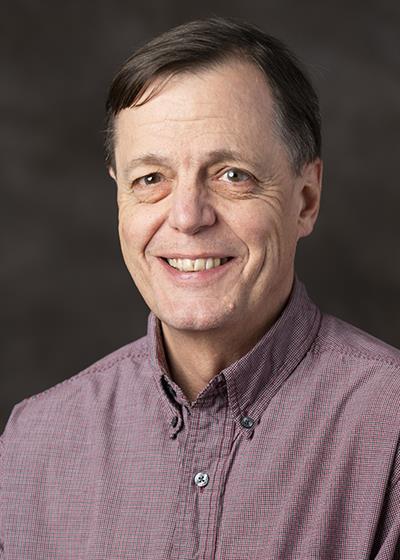 Professor, Department of Infectious Disease and Global Health
(508) 887-4324
charles.shoemaker@tufts.edu
Research/Areas of Interest: My overall scientific goal is to continue contributing research outcomes that lead to improved prevention and therapy of animal and human diseases. Since 2004 at Tufts, my lab has primarily performed research to develop therapeutic agents that prevent or reverse intoxication from bacterial toxins. This work initiated with a focus on botulinum neurotoxin but has expanded to Shiga toxins, C. difficile toxins, anthrax and ricin. We are also developing VHH-based therapeutics to treat enteric pathogens such as Shigella, Cryptosporidia and Enterotoxigenic E. coli. Our major current collaborations are with other Tufts laboratories and laboratories at Harvard, MIT, Washington University St. Louis, NIH, Wadsworth Institute, Synthetic Biologics Inc. and Synaptic Research Ltd. A major component of our research involves the expertise in the preparation and use of camelid single-domain immunoglobulin VHH binding agents, and we have leveraged this expertise to attract additional funded collaborations in which we assist other groups in the production of these binding agents for their projects. Prior to joining Tufts and since 1987, most research under my direction applied molecular biology tools to the study of host interactions with helminth parasites, and this work continues to a lesser extent. The research focuses on parasite molecules that are exposed to the host and involved in nutrient uptake, signal transduction and immune evasion. In related work, we are characterizing host immune responses that contribute to the rejection of helminth parasites in an effort to develop improved vaccination strategies.

Professor Shoemaker currently leads research in collaboration with many other academic labs and commercial entities focused on the development and application of therapeutic biomolecules for treating a wide variety of diseases. Most of our therapeutic agents employ single domain antibody (sdAb) binding agents consisting of the VH region of heavy-chain-only Abs (VHHs) from immunized alpacas which have been selected for their ability to bind and potently neutralize critical host or pathogen functions. These simple, stable agents are engineered in a variety of ways to create agents having excellent therapeutic efficacies to reduce or prevent disease pathology in animal models. Employing VHH-based neutralizing agents (VNAs) we have developed novel antitoxin agents for the prevention and treatment of a wide variety of toxin exposures including Botulinum neurotoxins, anthrax and ricin, and toxin-mediated diseases such as from Clostridium difficile and pathogenic E. coli infections. We are working with other labs in the discovery of biomolecular botulism antidotes in which our antitoxin VHH agents are delivered to intoxicated neurons in animals to reverse paralysis. In addition, the lab is developing targeting several microbial and viral pathogens with a focus on those causing enteric disease. The Shoemaker lab has numerous commercial collaborators for which we develop VHH agents that bind specific proprietary drug targets to create novel agents having a wide variety of potential therapeutic applications. Finally, Dr. Shoemaker works with Dr. Patrick Skelly and the Molecular Helminthology Laboratory in research directed to the development of therapeutics and vaccines for parasitic worm infections. Therapeutic targets are identified through studies characterizing the complex host/parasite relationship in nematode and trematode diseases infecting billions of people in the developing world and causing serious economic losses in the animal industries.

Prior to arriving at Tufts in 2003, Dr. Shoemaker led the Animal Health Research Unit at the government-owned research company, AgResearch, in New Zealand. This team of over 60 scientists and staff worked to reduce the impact of disease on the animal industry and to leverage this knowledge for human health benefits. Research in the Animal Health Unit primarily centered on internal parasites and bovine tuberculosis. Dr. Shoemaker had joined AgResearch in 1995 from Harvard University, where his research focused on applying biotechnology to reduce the burden of worm parasitic diseases on the developing world, particularly schistosomiasis.

Dr. Shoemaker received his PhD in Biochemistry at the University of Iowa and was a postdoctoral fellow at the Massachusetts Institute of Technology in the laboratory of Nobel Laureate, Dr. David Baltimore. In 1980, Chuck was one of the original scientists at the formation of Genetics Institute, Inc., a highly successful biotechnology company in Boston that was later acquired by American Home Products and is now part of Pfizer. While at Genetics Institute, he was the leader of several drug development projects, some that resulted in protein pharmaceutical agents now on the market including two currently used to treat hemophilia. Chuck left Genetics Institute to join the faculty at Harvard in 1987 where he began his molecular helminthology research, achieving the level of Associate Professor in 1994.
Read More Career Highlights / Publications Research Professional Activities Courses / Teaching Activities