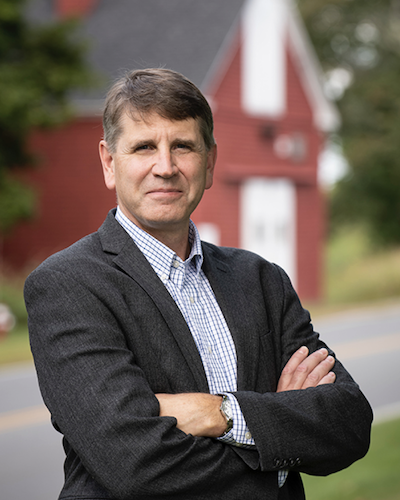 Prior to joining Cummings School, he served ten years as the founding dean of the University of Calgary (UCVM) and was a professor of veterinary clinical pharmacology and toxicology. From 2006-2016, he grew UCVM from a small start-up working out of a few offices to a dynamic, innovative program. UCVM is ranked among the top 50 veterinary colleges globally. He served on the board of the American Association of Veterinary Medical Colleges, was President of the Association of the Canadian Faculties of Agriculture and Veterinary Medicine, was a board member of the Vaccine and Infectious Disease Organization, and served on the Board of the Canadian Academy of Health Sciences.

Dr. Cribb earned his D.V.M. at Western College of Veterinary Medicine, University of Saskatchewan, in 1984 and completed a small animal internship at Michigan State University in 1985. He spent two years in rural community practice in the Canadian Maritimes, before obtaining his Ph.D. in clinical pharmacology and pharmacogenetics at the University of Toronto's Hospital for Sick Children. He completed a postdoctoral fellowship in the Faculty of Medicine at Dalhousie University in Halifax, Nova Scotia, where he studied the impact of infectious and inflammatory conditions on drug metabolism. He joined the drug safety assessment department of Merck & Co. as an investigative toxicologist, where he worked from 1992 - 1996.

Dr. Cribb moved the Atlantic Veterinary College at the University of Prince Edward Island in 1996, where he was a professor of clinical pharmacology and ran the therapeutic drug monitoring service. During his tenure at AVC, he held a Medical Research Council New Investigator award and was a Canada Research Chair in Comparative Pharmacology and Toxicology. He established the Prince Edward Island Health Research Institute and served on the task force that led to the creation of the Canadian Institutes of Health Research (CIHR). He served on the CIHR Governing Council and was a founding Fellow of the Canadian Academy of Health Sciences.

Dr. Cribb has published extensively in the fields of veterinary and human pharmacogenetics and molecular toxicology, and has consulted for government and industry. The Canadian Institutes of Health Research, the Canadian Breast Cancer Research Initiative, and other government, industry and NGO funding sources have supported his work.
Read More Career Highlights / Publications Research Professional Activities Courses / Teaching Activities