It is not uncommon to see a wild mammal that looks debilitated and has a poor hair coat.  In many instances, this is a condition called “mange”, most often caused by the mite, Sarcoptes scabeii (Figure 1), that lives in the skin of the animal.  The mite burrows and lays its eggs in the skin, causing intense itchiness, scabbing, and hair loss.  Hair loss may be most pronounced around the face, ears, legs, and the tail (Figure 2).  The animal may also develop secondary bacterial infections of the skin, which exacerbate the clinical signs of mange.  While some animals may be able to mount an immune response to mange, many will succumb to the effects of this disease due to eventual dehydration and starvation.

Foxes (both red and grey) and coyotes are commonly affected by mange.  In some years, increased numbers of infections can be seen in populations while in other years, fewer infections may be seen.

Mange can be diagnosed by finding the mite in samples of the skin and can be successfully treated with drugs which will kill the mites.  Oftentimes, antibiotics and anti-inflammatory medications are also given as part of the treatment regimen.

People may contract sarcoptic mange from contact with infected animals.  Therefore, do not attempt to catch or trap the animal yourself. Doing so is not only dangerous but is unlawful without permission from Massachusetts Division of Fisheries and Wildlife. For further information, please refer to the "Who to Call for Help" section on this page.

If an animal is seen with suspected mange contact your local animal control officer, wildlife agency personnel, or the Animal Rescue League of Boston to attempt to capture the animal. ​​​​​​​ 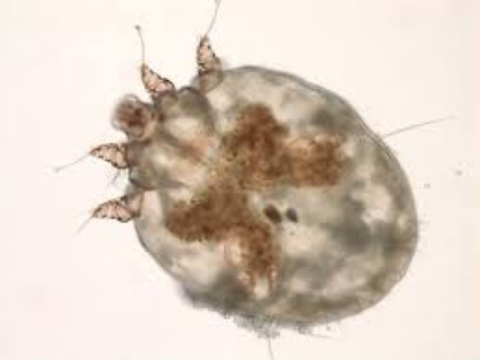 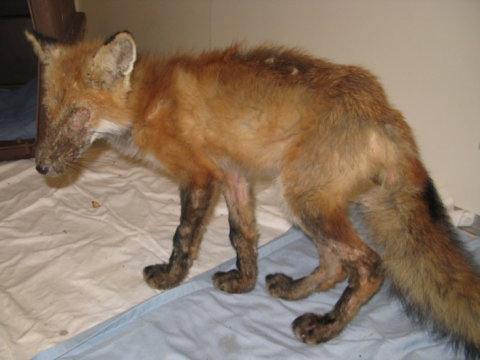 We have written and collected information regarding wildlife and wildlife issues you may encounter to help you better understand interacting and helping wildlife in your area.

Who to Call for Help