What To Do If You Found a Venomous Snake in Massachusetts

About Venomous Snakes in MA

There are only two venomous snakes in Massachusetts: the timber rattlesnake and the copperhead. Contrary to popular belief, there are no venomous “water moccasins” in the Bay State, only harmless water snakes.

Statewide, populations of our two endangered venomous snakes are believed to number no more than a few hundred in all. Due to a host of problems, these populations are likely still declining despite rigorous efforts to protect them.

“Rattlers” are now known to exist at only a dozen or so widely scattered sites in mountainous regions of the state and the distribution of copperheads is even more restricted. As a result, most of Massachusetts is completely devoid of venomous serpents. 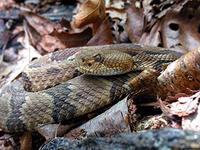 Venomous, the timber rattlesnake is extremely rare and localized. It has a heavy body, a triangular head, a slitted, cat-like pupil, and a rattle that it uses to warn potential predators. It prefers rocky, forested areas. 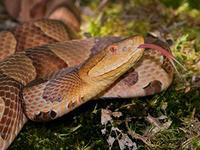 Venomous, the northern copperhead is extremely rare to encounter. It has a thick, heavy body, with keeled scales, a triangular head, and a thin, cat-like pupil. Its brown and orange body is well-camouflaged against the forest floor.

For assistance on Transport, please refer to the "Who to Call for Help" section on this page.

If you found a venomous snake, call the Massachusetts Environmental Police at 1-800-632-8075 (dispatchers are available 24 hours a day/7 days a week) 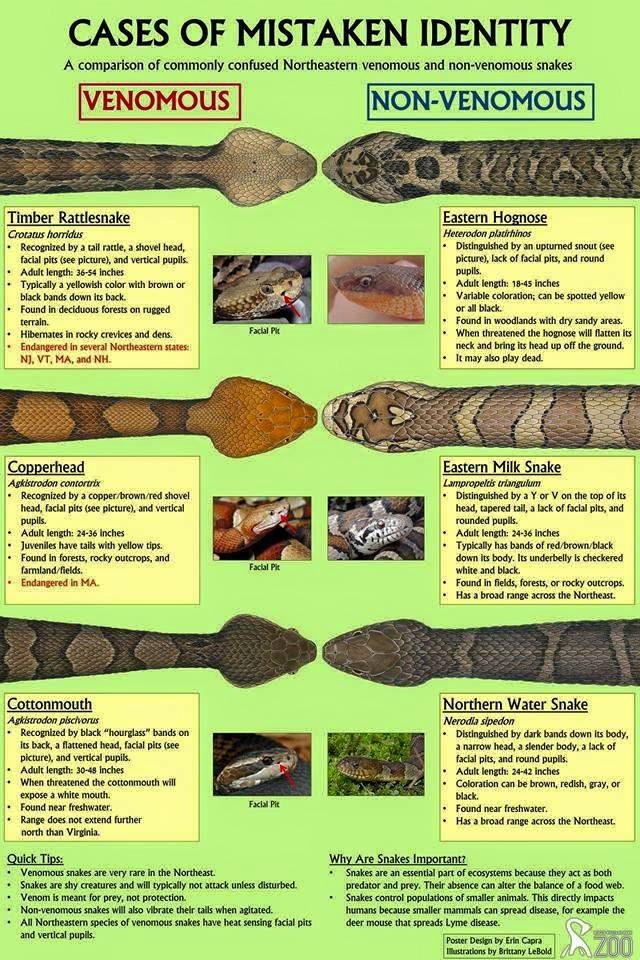 Raising a wild animal in captivity is illegal unless you have a proper state or federal permit.