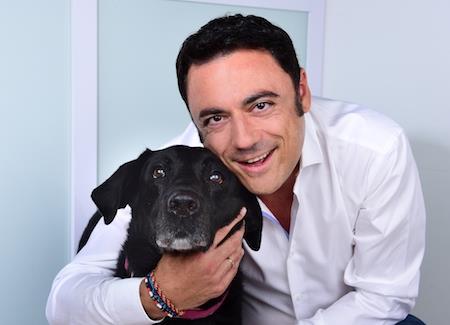 Our veterinary dermatologist, Dr. Ramón M. Almela, is an Assistant Professor at Cummings School of Veterinary Medicine Tufts University, where he treats skin conditions in dogs, cats, horses, farm animals, and exotic species. He is originally from Murcia, a sunny friendly town bathed by the Mediterranean Sea in southeast Spain. As a child, he thoroughly enjoyed observing and interacting with all kinds of animals and it became clear that in the future he would become a doctor who would help animals. One story he enjoys telling is that in his childhood while dreaming of helping big cats in the African savanna, he used to perform CPR on the flies that his mother was trying to kill around the house.

In order to perform high-quality medicine, he pursued a residency program. He moved to Augsburg (Germany) for a residency in the European College of Veterinary Dermatology (ECVD) where he quickly had to learn a new language. After completing the residency program, he obtained board certification by the European College of Veterinary Dermatology. He has spent several externships at different European universities and at North Carolina State University and has lectured in different countries across Europe. He has authored two books, several peer-reviewed original publications, and has made many contributions in national and international scientific meetings. He can speak, write and read fluently Spanish, English, German and basic French. He enjoys his free time with his wife, toddler, their 14-year-old Labrador Retriever, and friends. He pursues many outdoor activities including when possible scuba-diving. Expectations include improving worldwide collaboration and networking between veterinary dermatologists.
Read More Career Highlights / Publications Professional Activities Courses / Teaching Activities